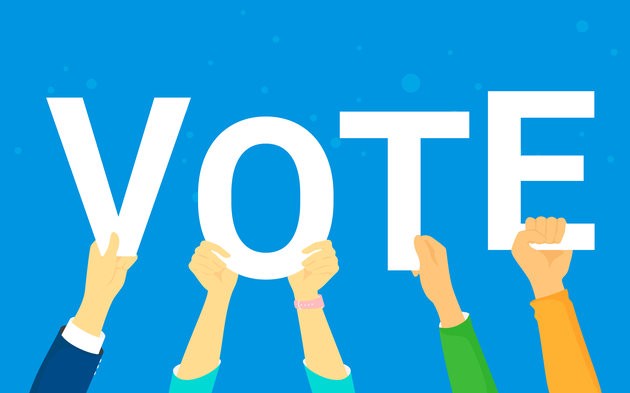 What are the voting rights of a shareholder in a company?

Shareholder are called members and are owners of companies limited by shares. A shareholder can be an individual person, institution or company. They provide financial support in exchange for dividends.
Swareena Pokley

Voting Rights of a Shareholder

Shareholder are called members and are owners of companies limited by shares. A shareholder can be an individual person, institution or company. They provide financial support in exchange for dividends. They are entitled to a share in the profits generated by the company. Any person can become a shareholder in three ways:

· By subscribing to the memorandum of the company during incorporation

· By investing in return for new shares in the company

· By obtaining shares from an existing shareholder by gift, purchase or will

The Shareholders do not participate in day-to-day duties unless they are directors of the company. However they are entrusted with other duties such as making important decisions by way of casting votes to pass resolutions at the meeting. Fewer the shares, lesser will be the voting rights.

Shareholders in a company are entitled to various rights with the virtue of the Companies Act, 2013. Section 47 of the act bestows voting rights to every shareholder of a company limited by shares. The voting right on a poll shall be in proportion to the share in the paid up equity share capital of the company. Thus, if an investor possesses 51% of the organization regarding paid up equity, he will reserve the options to practice greater part authority over the organization. Casting the voting power incorporates election of directors and recommendations for essential changes influencing the company. The process of voting happens at the company’s annual general body meeting.

Section 176 of the act gives right to appoint proxy. In the event that the shareholder can’t join in, they can appoint proxy on their behalf and mail in their vote. According to the Companies Act 2013, a resolution brought by the members can be only passed by voting by the shareholders.

The act recognizes voting by showing of hands, by postal ballot, by electronic means and by polling:

Voting by showing of hands: According to section 107 of the act, at the annual meeting, votes can be decided on display of hands. This will give each investor one vote, irrespective of the number of shares held by him.

Voting by poll: According to Section 109, a poll might be requested by such number of individuals holding, shares worth least estimation of rupees five lakh or 10% voting power in the Company.

Voting by electronic means: Every listed company having more than 1000 shareholders is required to give the option of e-voting to its shareholders, as per Section 108 read with rule 20.

Voting by postal ballot: Going by section 110 of the act, every listed company has to provide the option of postal ballot to the shareholders who do not have the privilege of e-voting available.

Section 106 of the Companies Act 2013, places certain restrictions on the voting rights of the shareholders. The articles of a company can restrict a shareholder’s voting rights in respect of any shares registered in his name on which any call or sum is payable and they have not been paid by him. The company’s by-laws may deny or restrict shareholder’s voting rights. It can also require a quorum at the meeting to hold a vote. Some state laws allows approval of resolution without a quorum. When a quorum has been set up at the meeting, shareholders voting can begin. It is appropriate to take note of that, the option to exercise such voting right by the shareholder isn’t automatic. The person holding right to cast vote will be qualified to practice that right just if his name show up in the company’s register of members.

Preferred shares are a benefit class somewhere close to regular stocks and bonds, so they can offer organizations and their investors the best of the two worlds. Companies can get all the more funding with preferred stock offers since certain investors need more steady profits and more grounded insolvency insurances than common shares offer.

Going by section 47(2) of the Companies Act, preference shareholders do not have voting rights but they can vote only when:

i. Where resolutions placed before the meeting which directly affects the rights to his preference shares and

ii. Any resolution for the winding up of the company or for the repayment or reduction of its equity or preference share capital.

The Act also provides that if the dividend is not paid for a period of 2 years or more, such class of preference shareholders shall have a right to vote on all the resolutions placed before the meeting.

In publicly held companies, investors apply their most prominent control through choosing the organization’s directors. Nonetheless, in little, privately held organizations, officials and directors frequently own enormous squares of offers. Along these lines, minority investors regularly can’t influence which directors are chosen. Investors may cast a vote in decisions or on goals, yet their votes may have little effect on significant organization issues. Proposed investment opportunity or stock split plans can significantly affect the benefit of existing offers, thus such proposition merit cautious assessment by investors before casting a vote.

In conclusion, the shareholders play a very crucial role in decision making by the voting power vested in them. They also have a say in appointment of the director, auditor and also when the company goes insolvent or is winding up. With each right, comes a comparing duty which the investor must complete tenaciously.