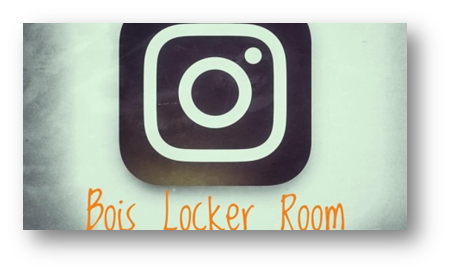 A fifteen-year-old boy was held in south Delhi. Police during the investigation found out that some students of South Delhi schools have deliberately created a group on Instagram in the last week of March and started adding their friends on it with the sole motive of insulting the underage girls.
Aashima Rawat

A fifteen-year-old boy was held in south Delhi. Police during the investigation found out that some students of South Delhi schools have deliberately created a group on Instagram in the last week of March and started adding their friends on it with the sole motive of insulting the underage girls.

The group was named as “Bois locker room” in which young boys between the age group of 14–16 years started sharing photos of underage girls posted by them on their private accounts along with passing on crude comments ranging from body shaming to jokes on sexual assault and rape.

The screenshots of the group chats had been shared extensively on Instagram and Twitter. The cyber cell on their own motion did the deep investigation of the matter and filed an FIR. As per the senior police officer, the administration of a well known private school has filed the complaint at the Saket police station, requesting them to investigate the incident.

The boy who shared the photos of underage girls was apprehended by the authorities.

The Delhi Police has registered the case under provisions of the Information Technology Act 2000 (IT Act), and the Indian Penal Code (IPC). In addition to these, the sharing of images of underage girls could also be a violation of the Protection of Children from Sexual Offences Act 2012 (POCSO Act).

Therefore the Delhi Police Cyber Security has lodged an FIR under the following sections:

Section 471 (using as genuine a forged document or electronic record),

Section 509 (word, gesture or act intended to insult the modesty of a woman) and

Sections 67 (publishing or transmitting obscene material in electronic form) and

Section 67A (publishing or transmitting of material containing sexually explicit act in electronic form) of the IT Act.

My opinion while doing the research on this case

During the lockdown period, there is a massive change in children’s psychological condition due to restriction in going outside or performing any of the outdoor activity which leaves no option with them but to stick to their gadgets scrolling the web.

The kids of Insta chat group are the future of our homeland and casually talking of gang-raping girls and women, swapping their personal photos without their consent; with not even having fear of exposure to cybersecurity is the beginning of the rape culture.

The most painful thing is people commenting “does the rape happened”.

these horrified conversations are the initial stage of planning before doing scenario. The rape has already being planned by them in their mind. All the candle marches and mourn will be of no use unless you stop/control the people of such mindset.

Due to all these menaces, people in social media are provoked already and asking to detain the rest of the members of the group. This will not solve the problem in the long term but will make them more aggressive and defensive. The aim of the society should be to get them out from this kind of behaviour, as the children of this age having a conversation like that are already under the high-risk behaviour.

What can be done is providing them counselling and making them understand that what they did was wrong and was a completely undesirable behaviour.

Apart from that, I always feel that parents’ involvement in their child’s life is very important when it comes to things like giving moral education and teaching values to them. They should teach them discipline before giving them direct access to their smartphones or any other gadget which helps them explore the online world. They need to understand their roles and responsibilities towards their child before leaving them alone altogether.

So, what happened was morally incorrect. Still, People who’ll do that must be ready to bear the consequences by the Law.