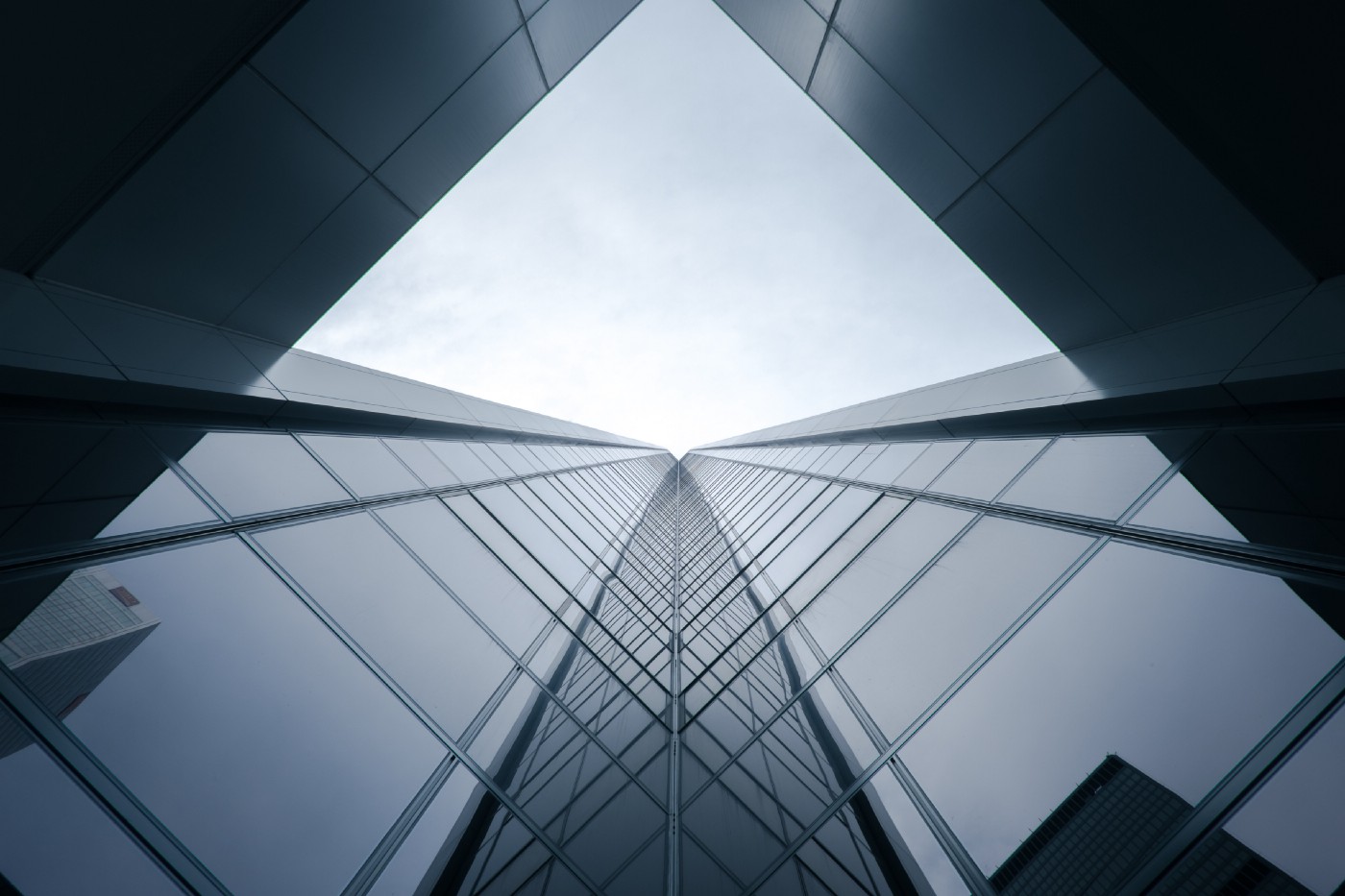 A prospectus is nothing but a formal document which constitutes the details regarding investment for sale to the general public, which shall be filed with the Securities and Exchange Commission.

The prospectus is defined under Section 2(70) under Companies Act, it is described as any document which may be in the form of notice, circular, advertisement or any other document which invites the public to subscribe to share capitals of a company.

A prospectus need not be only in the form of an advertisement, it can be in any form of an invitation. It majorly needs to satisfy two things:

A company inviting shareholders in order to subscribe to debentures or share capitals, from another company cannot be said as a prospectus. When a company makes an invitation to more than 200 people within a financial year who would subscribe to its share capital it would be said to be a public offer. The forms and content of a prospectus are stated under Section-56 of the Companies Act, 2013 i.e. Part I of Schedule II and Part II of Schedule II.

Misleading of a prospectus

Misleading of a prospectus means misrepresentation of the information contained in the form of notice, advertisements etc. such information must be false information, such a statement shall be directly pointing towards suing the party or the statement is inducing the suing party to enter into the contract.

Misrepresentation also includes a false statement which has been made to a party to the contract, statements have been constructed to create the wrong impression, such statements are meant to mislead the party to contract.. The information in the prospectus shall be accurate and facts mentioned shall be correct. The information shall not mislead any party who would subscribe for share capitals of a company.

In the case of Sahara India Estate Corpn. Ltd v SEBI, the Supreme Court has given a landmark judgment regarding the rules and regulations relating to the prospectus:

1. The notice which invites the public to subscribe in the shares and debentures of a company was meant for more than 49 but now public means it should be more than 200 people if this rule is violated then the money which was collected has to be refunded back.

2. An application has to be filed by the public company which is inviting the public for subscription to shares and debentures. The company has an obligation to file such an application on a recognized stock exchange.

4. Under Section-2(45AA) securities are defined, which also includes hybrids. And SEBI would procure jurisdiction over OFCDs.

Circumstances when a prospectus is approved

The person who is going to issue prospectus has to produce the consent of Capital Markets Authority by obtaining confirmation as to the prospectus contains all the regulatory disclosures which are required in order for publication of the prospectus. A copy of the prospectus which is consented and confirmed by the capital markets authority is given to the Registrar of companies.

Mis-statements of a prospectus and its consequences

The issuer of the prospectus has to be very careful while mentioning things in a document. It has shall contain all the material facts and information about a company. All the information contained in it shall be truthful and faithful. The issuer has an obligation that he has to state everything accurately and should not exclude any material information which is very necessary.

A constituent of a fraud statement

A statement would be deemed to be a misstatement or fraud statement if:

· It includes certain things which aim towards misleading the public (or)

· It includes certain facts or certain facts have been omitted which shows that the prospectus would cause fraud towards the public.

. If any material fact which shall be mentioned but has been omitted for certain reasons, then in this situation also the prospectus would be considered as fraud.

Omission or inclusion of necessary or unnecessary facts in a prospectus is based upon the mala fide intention of the promoters or the issuer, to cause damage to its subscribers else it cannot be considered as a fraudulent activity as held by the Hon'ble High Court of Andhra Pradesh.

Liabilities for misstatements in the prospectus

Certain principles have been laid down in the case of Gurney which shall be applicable where:

2. Where a person has made a wrong statement to a third party with an intention that such a third party shall act according to that statement and it would cause injury or damage to the party to whom such a statement has been made.

3. The damage caused to the person to whom misrepresentation of facts have been made shall be immediate damage and not an unrelated one.

According to Section 35(1) of Companies Act, when a person among the public has subscribed for debentures and shares with accordance to the offer made through the prospectus and in such a prospectus if a material statement which was supposed to be included has been omitted or any fraudulent statement with an intention to cause damage to that person has been included and due to this the subscriber has suffered an immediate loss, damage or injury then:

1. The person who has held to be director of that particular company during the time when such prospectus was issued;

2. Any person who has authorized himself to be responsible, or any person who is in the verge of becoming director of the company during the issue of prospectus;

3. A person who has been held to be a promoter of the company;

4. A person who has taken the responsibility of issuing the prospectus;

5. Or has been considered as an expertise under Section 26(5),

Every person coming under the above mentioned criteria would be held majorly responsible to not only compensate each and every person who has suffered such a loss or damage or injury but would also be liable to punishment.

In Ritika Awasty v Hassad Netherlands BV[9], the Hon'ble High Court of Delhi has observed that the appellant was husband and wife were absolutely reasonable in paying the compensation for the damages suffered by the respondent.

Under the provisions of Section 35(1) a person cannot be held guilty or liable if he is successful in proving the following:

1. During the time when the fraud prospectus was made publicly available the director had to withdraw his consent from approving the prospectus, or

2. The publication of Prospectus was made without the consent of the Director of the company, or

3. The prospectus was advertised for the public without the knowledge of the Director and that he had not given his consent for such an activity and that he had also produced a statement regarding this, it had all happened without his due diligence.

According to the provisions of Company Act, if any statement which has been made in the prospectus which is untrue, false with a dishonest intention to deceive the public and it has been advertised to the public, then the person responsible for such omission or inclusion would be held liable for punishment under the CrPC, imprisonment for a period of six months which might extend to ten years but not less than that and shall be made to compensate the fraud amount by way of paying the fine which can be three times more than the amount involved in the fraud.

A person will not be punished for a criminal offence if he successfully proves that:

a) He had sufficient grounds for believing that the statement was true;

b) He had no wrong intention to deceive the public;

c) Such suppression of facts or including certain facts was necessary;

d) Under his due diligence he was unaware that it would cause damage to the public.

In this research paper, the research was successful in finding that, a prospectus is a legal document which is in the form of a notice, advertisement it is circulated among the public offering them to buy or subscribe to the shares and debentures of a Public Company. A prospectus is a mandatory requirement for a Public Company whereas it is not mandatory for a private company.

A prospectus shall not consider any such facts which would deceit the general public or there should not be the omission of material facts or inclusion of irrelevant facts. Misrepresentation of the prospectus would cause damage to the public and the maker of such statement would be held liable under Civil and Criminal Law. There are also remedies available to a person if he has been held liable for punishment under the provisions of Criminal and Civil Laws.

A prospectus of a Company has to be always accompanied by an information memorandum, and it is essential for a Public Company who have registered themselves under the Companies Act.