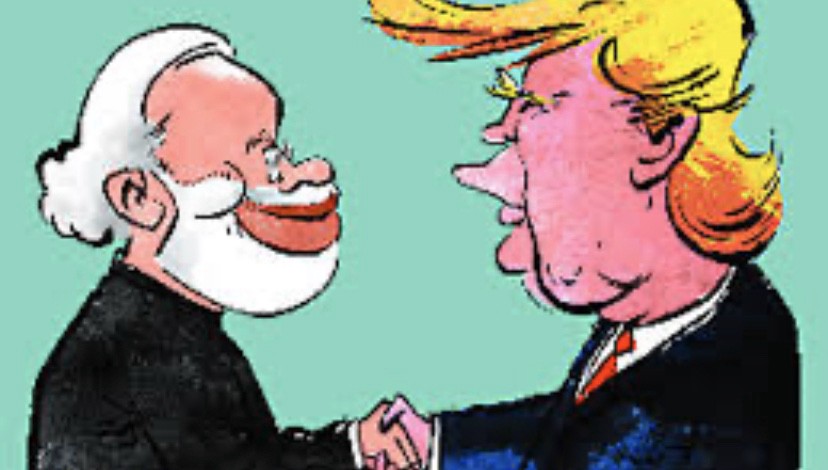 Nations Fighting against a Pandemic

Nowadays our daily life & work feels so insignificant, so irrelevant in front of this huge pandemic we’re dealing with. Our lives have completely changed and we'll be leading a completely different life even after the pandemic. As educated individuals, it is our responsibility that we fact-check every information coming to us before we hit that forward button because we don’t unnecessarily trigger panic in people’s mind.

In the recent news, facing the repercussions of the delayed response to the crisis, the United States has topped the mortality rate and the number of cases of the COVID’19. Their economy has also gone in the dire straits and rendered a record 16 million workers jobless in just three weeks which is directly pointing out to the looming economic crisis none like ever seen before even if somehow the USA manages to dodge the collapse of healthcare machinery.

At the same time based on some initial tests conducted worldwide, the Indian council of medical research predicted the drug hydroxychloroquine (commonly known as chloroquine tablet used to treat malaria) advisory and shows the potential to ease off the critical symptoms of COVID’19 in the patients. Thus, passing the approval on March 31st.

India manufactures 70 per cent of its world’s supply and the country has a production capacity of 40 tonnes of HCQ every month, implying 20 crore tables of 200 mg with a complete potential to expand its production.

India has shown a laudable gesture by easing off the export restrictions to supply the drug to the neighbouring countries as well as its diplomatic allies and is also ready to help those countries who are in need. The American government has welcomed the decision of the Indian government to allow the export of HCQ after a confrontation session between Trump and the prime minister of our country. As a result, the US has bought more than 29 million doses of hydroxychloroquine for the potential treatment of COVID’19 patients.

The ban on the export of HCQ was dropped after Trump’s retaliation threat. India, being the largest manufacturer of hydroxychloroquine has reached a formal agreement and have accepted to export the shipment considering past trade relations with the United States and with the obvious reason to strengthen the foreign relations. HCQ is also used for auto-immune diseases like arthritis, lupus. Manufacturers have good production capacities that can also be ramped up.

Such great international gestures prominently remind us that if the nations keep on aiding each other and stand up for one another like this, then gradually the globe will somehow eliminate this pandemic away.

United we stand, Divided we fall.