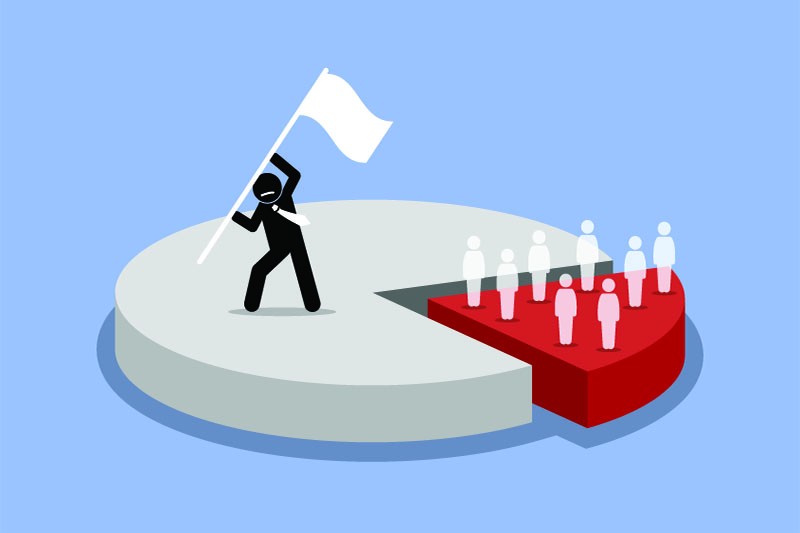 Minority Shareholder Protection in the context of Oppression and Mismanagement

Minority shareholders in generalized terms can be defined as those shareholders who don’t have a controlling interest in the company, i.e they have an interest lesser than 50% of the shares outstanding.
Samir Reddy

Situations arise wherein the company’s actions violate the rights of the minority shareholder and they would be motivated to find remedies. It is quite common for the minority to try to sell their interest when such situations exist, however, this is easier said than done. It is relatively easier if the company is public limited, as it is listed on the stock exchange and a buyer may be found. It gets more difficult if the company is private limited, as there are additional costs incurred in looking for external buyers and the interest held cannot be readily valued, unlike a stock exchange.

The following article explores the area of minority shareholder protection in the context of oppression and mismanagement. We begin with a brief history of its development in the UK which is then looked at from an Indian perspective. It is still beneficial to look to case law as they’re capable of giving further insights as to what statutory provisions are trying to say and finding precedents, which will be done when trying to define what ‘oppression’ and ‘mismanagement’ truly mean and the circumstances in which they can be brought. The development of this area will also be looked at from a statutory perspective i.e what has changed from the CA 1956 to the CA 2013.

Development in the UK

The courts have also declared that they wouldn’t interfere with irregular internal procedure cases as they could simply be ratified by the majority. This would suggest that the minority would have to go along with decisions taken by the majority.

The only recourse for the minority would be to hire a new board of directors to fire the existing board of directors. However, it is commonplace in LLC’s, for many shareholders to serve as directors on the board which could result in a collective of them voting against the proposition of the minority to hire a new board. We see that the stance taken here by the courts leans heavily towards the majority, which although would be beneficial for commerce, was very inequitable for the minority.

‘Edwards v. Halliwell (1950)’ was another landmark case that addressed their woes by listing out the exceptions to the general rule put in place by ‘Foss v. Harbottle’ as follows:-

The scenario in India

The majority rule introduced by ‘Foss v. Harbottle (1843)’ was applicable in India from 1843–1956, 1956, when the Companies Act 1956 came into being. It was formally ruled in ‘ICICI v. Parasrampuria Synthetics Ltd (1998)’ that the majority rule couldn’t be applied automatically in an Indian context. The Companies Act of 1956 introduced statutory provisions for minority shareholder protection for the first time, with the Companies Act of 2013 updating and introducing the existing and additional provisions respectively.

The term ‘minority shareholder’ isn’t formally defined under any law, but by taking into consideration S.395 (The power to acquire shares of dissenting shareholders) and S.399 (Right to apply for oppression and mismanagement), interested parties can gauge ‘minority shareholders’ to mean those “holding 10% of shares or a minimum of 100 shareholders, whichever is less”, in companies with share capital or “1/5th of the total number of its members in case of a company without share capital”. The situations for which provisions are offered by the C.A 1956 can be categorized into:

a) Oppression and Mismanagement

b) Reconstruction and Amalgamation.

Oppression occurs when “the affairs of the company are being conducted in a manner which is prejudicial to the public interest or in a manner oppressive to any member or members” as per S.397(1).

The act initially had S.397 and S.398 which allowed minorities to apply to the Company Law Board for making applications for oppression and mismanagement situations respectively. These provisions have since been updated by the Companies Act 2013 which has combined them into S.241 which provides that an application for relief can be made to the National Company Law Tribunal for oppression and/or mismanagement. The CA 1956 also gave the central government a discretionary power to waive the limit provided under S.399 for the amount of minority shareholders needed to apply for relief under S.397 and/or S.398 if it’s ‘just and equitable’ to do so. The minority limit defined by S.399, which was stated earlier when defining a minority shareholder, stays the same in the CA 2013 and is provided under S.244(1) instead. However, the discretionary power has been transferred to the NCLT from the central government for waiving this limit in the CA 2013. In addition to the transfer of the discretionary power the CA 2013 grants the NCLT additional powers such as:-

Which can be exercised if indeed situations faced by the minority shareholders are proven to resemble oppression and/or mismanagement.

What do ‘Oppression’ and ‘Mismanagement’ mean exactly?

It might not be entirely clear from the statutory definitions, provided by S.397 and S.398, as to what they mean and as mentioned earlier, it is beneficial to turn to case law in order to obtain a clear picture.

The definition of ‘oppression’ was provided by Lord Cooper, the presiding judge in ‘Elder v. Elder & Watson (1952)’ wherein he stated that the “conduct complained of should involve a visual departure from the standard of fair dealing and a violation of the conditions of fair play, on which every shareholder who entrusts his money to the company is entitled to rely upon”. This definition was borrowed and cited by Wanchoo J. of the Supreme Court of India in ‘Shanti Prasad Jain v. Kalinga Tubes Ltd (1965)’.

In addition to confirming the definition, elaboration on what the requirements were for a successful oppression claim, was made in the same case. ‘V.M Rao and Ors v. Rajeswari Ramakrishnan and Ors. (1985)’ took into account several decisions in cases related to oppression (including Shanti Prasad) and confirmed the following requirements for an oppression claim:

It should be noted that prior to the introduction of S.397 and S.398, the only relief available for minority shareholders was to wind-up the company, however, this may be ‘unfairly prejudicial’ to the shareholders and the company itself. S.397 and S.398 are designed in such a manner to prevent winding up of the company and grant minority shareholders other avenues of relief. For this to happen, the CLB (now Tribunal) must be of the opinion that the conduct was oppressive to the members and that it’s ‘just and equitable’ to wind up the company but it would be ‘unfairly prejudicial’ to the member/s to do so.

ii) Circumstances which may amount to Oppression

In cases of oppression, the minority shareholder would only be able to bring such a petition when oppressive conduct has already occurred, therefore, S.397 is curative in nature. S.398(1) on the other hand, which is stated as follows:

a material change (not being a change brought about by, or in the interests of, any creditors including debenture holders, or any class of shareholders, of the company) has taken place in the management of control of the company, whether by an alteration in its Board of directors, or if its managing agent or secretaries and treasurers, or in the constitution or control of the firm or body corporate acting as its managing agent or secretaries and treasurers, or in the ownership of the company’s shares, or if it has no share capital, in its membership, or in any other manner whatsoever, and that by reason of such change, it is likely that the affairs of the company will be conducted in a manner prejudicial to the interests of the company.”

implies that unlike S.397 it is both preventive and curative in nature as evidenced by the use of the word ‘likely’. The shareholder can bring a petition when the affairs of the company ‘are’ (i.e the present) being conducted or when they would ‘likely’ be conducted (i.e in the future) in such a manner that are harmful to the interests of the company. Furthermore, S.398 does away with the need to have a ‘just and equitable’ preliminary ground for winding up in order to grant relief to the minority.

iv) Circumstances that amount to Mismanagement

It should be noted that the circumstances listed above are not exhausted and others exist as well. Minority shareholders would be able to bring petitions even if there has been no precedent as the tribunal will ultimately have the discretion to decide whether certain circumstances are oppressive or constitute mismanagement and make an order for relief as it deems fit.