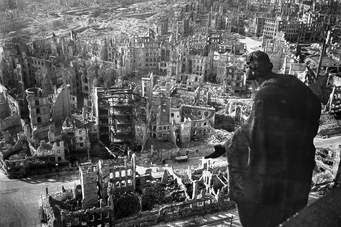 Friction and Synthesis-A Theory Beyond Science

Philosophical theories have often been assimilated or justified as a basis or political action or policy design throughout human history.
Manmeen Kaur

Philosophical theories have often been assimilated or justified as a basis or political action or policy design throughout human history.

“Dialectic” refers to a way of a philosophical argument involving a contradictory process on the opposing ends. This form of argument was often recorded in Plato’s works from ancient Greece. Hegel, in the 19th century, was not really convinced by the way this methodology was used to justify concepts and arguments. Hence, the Hegelian Dialectic. Unlike Plato’s argument, Hegelian dialectic encompasses an additional construct at the end of the contradictory process. In layman’s terms, it is rubbing together off of two opposing sides, creating friction between them, to synthesize a completely new product or notion. It does not wait for arbitrary or new ideas to pop up to check for further validity and possible applicability.

Consider the following situation for better understanding, as quoted by Walter Veith. A state has an agenda to centralize powers. The thesis(possible measure) develops around spreading terrorism. The antithesis(opposing end) would be a repressive police state. The synthesis is the removal of freedom and shift of power from many to few.

Pitting of one side against another is a form of controlled conflict that those behind the scenes use to create a predetermined history. World history is filled with examples of this dialectic usage:-

The Hegelian Dialectic is about creating a conflict that ordinary people cannot solve without elitist intervention, argue some. The entire game is about steering the human mind through behavioural psychology into believing something that the “rulers” want the people to, in the name of something conflicting, thus creating counter-arguments and hence, the wanted new thesis comes into action.