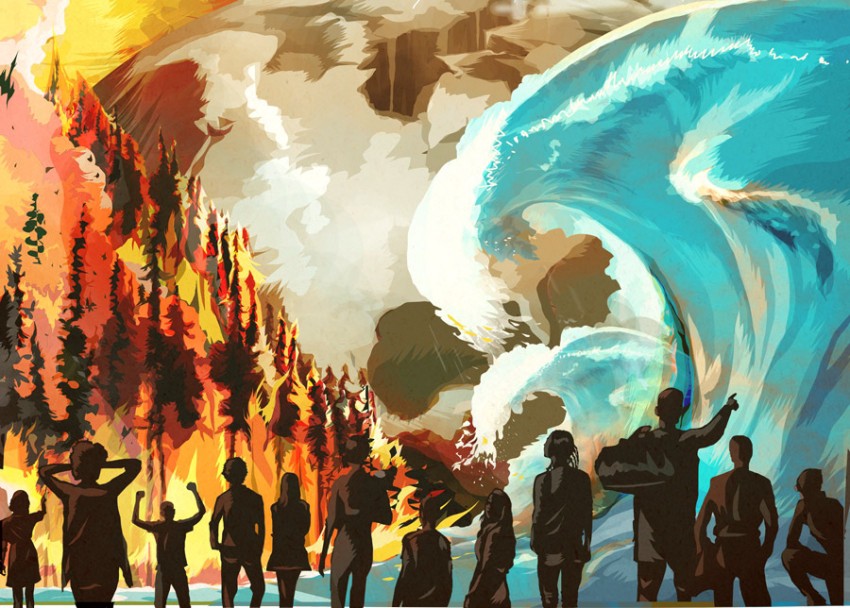 Can law save the future?

Is environmental law the need of climate activism?
Vishesh Sharma

The devastating fires in the Amazon forest to students boycotting classes for climate change action, the recent citizen actions speak volumes for the long due change our plant need.

According to ‘What If’ video, our earth will suffer another 40 years of global warming even if humans disappear at all.

Should there be changes in law to save the planet?

Can law save our home, our planet?

With sea levels rising, global temperatures soaring, pollution and waste becoming a growing concern, its time for legislators to push actions that goes beyond geographies for a planet-wide reach and consensus.

Leaders are promising to take action and are not shy to announce the changes that have been, or will be, made.

But with the scale of the environmental and climate crisis today, questions go a little further.

Yet despite promises made by leaders, there continues the urge for more change, which brings me to the main point:

can law save our planet, our future?

Introduction to environmental law was primarily concerned with procedural compliance, around the permissions needed to build infrastructure, or discharge waste. It was mostly secretarial and preventive. But with the scale of the environmental crisis today, it needs to step a little further. It is imperative for environmental law to cure rather than prevent.

Has it impacted anything?

Reducing water consumption and recycling instead of sending everything to landfills are ways in which we can use fewer natural resources.

But how can we ensure everyone does their part?

Law changes do have an impact.

When the Indian government increased the traffic challan rates recently, the number of challans reduced to 1/3rd.

When the UK joined the EU, an EU environmental agreement was enacted and pollution in the UK fell by 89% between 1990 and 2010.

Human psychology suggests that people respond to the law as and when it affects them. Progress and changes are made on a wide range of fronts because of policies and intervention. And in spheres, as varied as pollution, climate change, waste management and nature conservation, these need to be stringent, accountable and augmented for an impact.

How can law help?

Intervention is a crucial part of bringing change. And law, in itself is an intervention in the mindsets at a mass scale.

Law now ‘regularly operates in areas complicated by high levels of scientific uncertainty’. This aspect, known as ‘precautionary principle’, requires that if there is a strong suspicion that any activity can harm the environment, it’s better to control that activity rather than to wait for consequences. This principle is the basis of protection of Endangered species, conservation of marine life and it has made a big impact.

New Zealand recently introduced the Zero Carbon Bill, the purpose of which is to ensure that New Zealand lives within the threshold of 1.5C of global warming necessary to avoid catastrophic weather for their neighbours. Things can ‘turn around’ if legislations take responsibility and push hard.

In England, the plastic bag usage has fallen by 86% since the 5p tax was placed on sale of plastic bags.

These aspects show that legislative requirements work, and they work on a huge scale, the scale that impacts.

So, what should be done?

The need for consensus has never been greater when the life of our future is at stake. We’ve made international nuclear pacts, diplomatic security agreements and an allied legislative front for an International Zero Carbon Bill will be one of the most effective steps to combat climate change.

China has been the biggest investor in renewable energy capacity, committing USD 758 billion between 2010 and the first half of 2019, with the US second at USD 356 billion and Japan third at USD 202 billion.

The humungous gap in the investment push by countries is worth noticing here. While China invested USD 13 billion towards renewable energy in 2018, the contribution by the US stood at USD 2 billion.

There is something worth learning from China here. China has been aggressively pushing for a circular economy approach in policymaking. And this should be adopted in every developed country which is financially capable of it. Shift to making clean energy investments is inevitable if sustainable means are to be achieved.

Tackling waste and its consequences require the imposition of recycling targets, but the targets need to be shared by both consumer and companies.

The ‘polluter pays’ principle has been accepted by most of the Western world as the overriding environmental principle. It may not be welcomed with two arms, however. Such legislation, especially if consumers were to be fined if they defied the regulations in place, strike controversy. Some may argue whether or not they are impeding on personal rights and a citizen’s right to do what they want with their own private property, or whether it will impact the poorer if fines were substantially high. But the question is about our future, and responsibility is a crucial factor for its sustainability.

It is not out of the question of whether legislation will change in order to help save our planet. After all, the impact of our carelessness will be a detrimental dent in our ecosystem that has not only destroyed species today but will continue to do so, impacting our planet and our descendants.

If that means little acts such as recycling becoming a legal requirement, it could push our planet to be saved sooner rather than later.