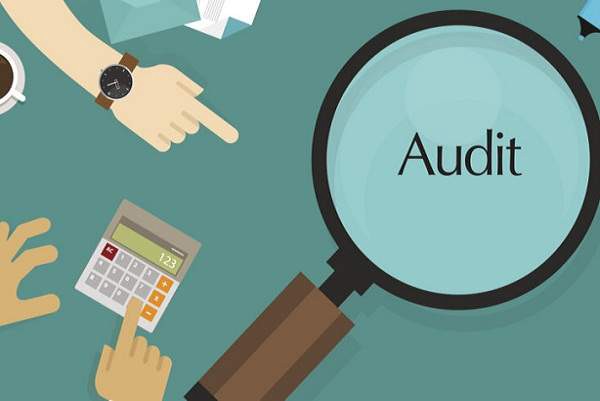 Appointment of an Auditor in a Company

Appointment of an Auditor

Auditing is the thorough examination or inspection of the accounting books and financial records of an organization. It comes into the picture after the accounting process is done. All the administrations and non-government associations need to monitor their records and review reports as the budgetary year draws near. The accounting records of these organizations should be altogether broken down and evaluated before submitting them to the approved offices. This appraisal of monetary work is finished by an Auditor. He is expected to prepare audit report well as give an honest opinion on the company’s financial position based upon fair look at the financial statement.

The logic behind appointment is to check and confirm the records by an autonomous power with necessary qualifications to guarantee that all books of records are done in a reasonable way and there is no distortion or misrepresentation that is being directed.

Internal Auditor is an in-house employee of the organization who conducts the audits on the accounting books as well as the system, processes and internal controls. They may likewise do some value additions to lessen the administration costs, improve assets and minimize overall risk.

External Auditor or Statutory Auditor can be an independent individual or a firm that renders auditing services, with no affiliation to the company. The auditor performs the audit once a year and is expected to present an unbiased independent report.

Government Auditor is to ensure that the audit is being done in compliance with the rules and regulations. They cater mostly to the public sector. They perform audit for government agencies and private business involved in government activities.

The auditor is usually hired externally in order to avoid biased opinions, it can be a qualified individual or a qualified firm.

Appointment under the Companies Act, 2013

Every company is supposed to appoint the first auditor by the Board of Directors, within thirty days from the date of its registration, except for government companies, it is a primary requirement under Section 139 of the Companies Act, 2013. The appointment also covers reappointment.

The members of the company will ratify the appointment at every annual general meeting. They can also appoint the auditor if there is a failure on the part of Board of Directors. The selection and appointment is to be carried out by the members, abiding by the prescribed procedure. The appointed auditor can either be an individual or firm, however, their tenure will be different.

In case of a Government Company, the Comptroller and Auditor-General of India make the appointment. They must appoint an auditor within 60 days from the date of the registration of the company.

The tenure of auditor is decided beforehand and at the expiry his term they can be reappointed at the annual general meeting of the company. However that cannot happen under the following circumstance:

b) If he has been disqualified

At the annual general meeting where no auditor is appointed or re-appointed, the existing auditor will keep on being the auditor of the company. The procedure for reappointment is same as that of appointment with a few additional steps.

Appointment of Auditor against Casual Vacancy

Casual vacancy is not defined under the Companies Act but it can be inferred that it arises due to untimely removal, death, voluntary resignation, etc. If the void is created by resignation then it can be filled only at the annual general meeting, otherwise the vacancy can be taken care of by the Board of Directors. If there are more than one auditors then the remaining ones can take over during the period of vacancy. In case of a Government Company or any company whose accounts are subject to audit by an auditor appointed by the Comptroller and Auditor-General of India, the appointment should be done within thirty days of the vacancy.

Who can perform an Audit?

A qualified individual or any firm which renders professional audit services is eligible to perform audit. In case of an individual, he must be a Chartered Accountant, holding valid certificate of practice in order to be eligible to be appointed as an auditor. According to provisions of Section 141(2) of the Companies Act, 2013, if a firm is selected as an auditor of a company, just the partners who are Chartered Accountants, holding a valid certificate of practice will be approved to act and sign in the interest of the firm.

The appointed person should not be:

i. an officer or employee of the company;

iii. a person who has been convicted by a court for an offence involving fraud and a period of ten years has not elapsed from the date of such conviction.

iv. a body corporate other than a limited liability partnership registered under the Limited Liability Partnership Act, 2008;

If the auditor is not able to do it all by himself, he is free to appoint anybody to act on his behalf. However, he will be liable for the audit opinion. His duty is to make sure that the company complies with the tax norms while complying with the auditing standards himself.

In Conclusion, it is mandatory for every company to appoint an auditor for audit reports and this appointment should meet all the compliances stated in the Companies Act, 2013.