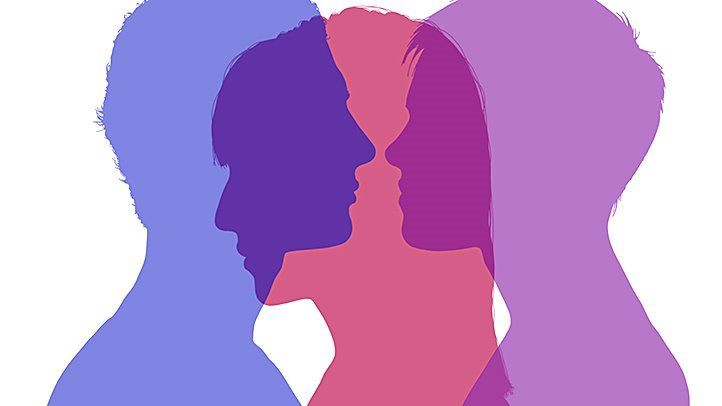 “One lie is enough to question all the truths.”

One simple act of transgression that can rob a couple of their relationship, their happiness and their very identity: An Affair. An affair at its core structure has always been a secretive relationship with not only an emotional connection to another but also sexual alchemy.

Adultery has existed since marriage was invented. Throughout history, men practically had a license to cheat with little consequence, so the double standard is as old as adultery itself. When marriage was an economic enterprise, infidelity threatened economic security. But now that marriage is a romantic arrangement, infidelity threatens the emotional security. Ironically, one used to turn to adultery that was the space where one sought pure love. But now that one seeks love in marriage, adultery destroys it.

On September 2018, with a five-judge constitution bench of the Supreme Court paved way for a more gender-neutral society as it struck down 158-year-old Section 497 of the Indian Penal Code, which criminalizes adultery, as unconstitutional.

According to Section 497 of Indian Penal Code, whoever has sexual intercourse with a person who is and whom he knows or has reason to believe to be the wife of another man, without the consent or connivance of that man, such sexual intercourse not amounting to the offence of rape, is guilty of the offence of adultery, and shall be punished with imprisonment of either description for a term which may extend to five years, or with a fine or with both. In such case the wife shall not be punished as an abettor.

This basically means that if the wife developed a sexual relationship with an outsider then it is adultery. The outsider will be prosecuted and no case can be filed against the wife. As at the time of the making of this law, when in matrimony the wife was the property of the husband. Since the wife was considered as the property of the husband and an outsider who was trying to snatch this property. Then it’s a classic case of theft and as such the outsider was prosecuted for adultery.

The notion had always been that a man was always the seducer and the woman was always the victim. While no case could be filed against the wife as the living conditions women found themselves in were anti-women as polygamy was a rampant and huge age gap between spouses was common which is why protection was given to women that they will be spared from prosecution under adultery.

After the Indian Constitution was enacted, challenges over the years were filed in court against the adultery law. The major argument made was that under adultery only men are prosecuted which violates the Fundamental Right to Equality that falls under Article 14 of the Indian Constitution. In its defence the Supreme Court stated that this is not the case as under Article 15 Clause 3; the state has been given the power that they can make a special provision for the upliftment of women and this provision under Section 497 Indian Penal Code is a special provision.

In 2018, Joseph Shine vs. Union of India, Chief Justice of India, Deepak Mishra declared that Section 497 which criminalized adultery was unconstitutional because it only penalizes men and not women it is manifestly arbitrary and as under Article 14 of Indian Constitution states the fundamental right to equality and a fundamental right against arbitrariness. Another reason was that Section 497 treats women as the personal property of the husband and it goes against the dignity of a woman.

It was also observed that the husband is neither the master of his wife nor does he have legal sovereignty over her and any system treating a woman with such indignity invites the wrath of the constitution.

The ancient notion of man being the perpetrator and women being the victim no longer holds good. Also as under adultery law, only a man is convicted it also goes against Article 15 which states that there cannot be discrimination on the grounds of sex. When in holy matrimony, the wife has not given up on her sexual freedom and she can also explore sexuality outside the marriage as well. Since at the time of the marriage or even afterwards the wife does not lose her freedom and her control over her sexuality, Section 497 deprives the women of her sexuality and of her sexual freedom as it goes against the very concept of privacy and dignity under Article 21 of Indian Constitution.

Adultery has always been painful but today it is often traumatic because it threatens the sense of self. It can be a moral wrong but that is to be decided by the husband and wife together thus can be a civil case which deals with the dispute between two people and cannot be a criminal case as it is not an offence against the state or the society. Based on this ruling adultery is decriminalized but Section 497 can still be used as a ground for divorce.

Infidelity is the ultimate betrayal as it shatters the grand ambition of love. What’s tragic is that one has also never been more inclined to stray, as we live in an era where we feel that we are entitled to pursue our desires, because this is the culture of “I deserve to be happy”. If one used to divorce because they were unhappy, today they divorce because they could be happier.