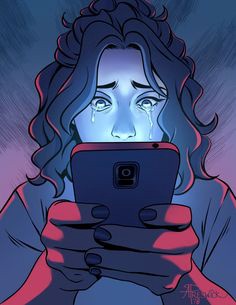 “If you’re a man who’s never pawed, groped, assaulted or harassed a woman, you are normal. Not good, not great. This is how normal people behave.”
Vridhi

“If you’re a man who’s never pawed, groped, assaulted or harassed a woman, you are normal. Not good, not great. This is how normal people behave.”

On 3rd May 2020, a Twitter user shared an Instagram group chat called “Bois Locker Room”, with hundreds of South Delhi boys sharing photos of under aged girls, objectifying and promoting rape culture. The boys shared morphed photos of underage girls, body shaming and slut-shaming them on the group chat.

In a separate incident, another screenshot that has gone viral claimed that underage boys were ‘planning gang rape’ and had made other such crude statements. Messages promoting rape culture, like “We can rape her easily” and “I will come whenever you say. We will gang rape her”, were allegedly discussed on the Snapchat group.

What’s shocking about it is that this is not the first reported incident in the past six months. In December 2019, a top-ranked school in Mumbai suspended eight boys, aged 13 and 14, for making violent and sexually explicit remarks about their female classmates on a WhatsApp group. The transcripts of the chat revealed that the boys were body-shaming the girls and used words like 'gang bang' and ‘rape.’ Homosexuality was ridiculed. Throughout the chat, girl students were referred to as ‘trash’. The matter came to light when two mothers took it up with the school authorities after their girl children refused to attend school.

And these are only a few of the cases that came to light but what about the others who endure such incidents but never come forward with it. It is easy in today’s day and age to be anonymous on the “worldwide web”, leaving some random offensive remark on others. In this case, it was a private group chat on Instagram and WhatsApp where multiple boys who took part in shaming and degrading girls with their crude remarks, in other cases might be some offensive or rude comment on a post or a picture or even a personal DM with such remarks.

Sexual harassment is only a symptom of the problem. The major problem is the mind-set of these boys that are programmed to think about, to talk about and to treat women. In order to make them aware of their programming, our job is making the most distracted generation in history to take a pause long enough to introspect and ask the hard questions.

Today’s generation consumes ten hours of media and about three thousand brand images per day that glorifies violence against women that’s inherently disrespectful, that’s hyper sexualizing and objectifying. Spoon feeding them a definition of manhood which they can’t even relate to is not going to help.

The violence against women is a house on fire. Violence against women is not just a women’s issue but is a human issue. We have to get these boys to stop viewing women just as sexual objects but to remind them that women are human beings too. We have to reframe this issue to make it extremely personal to them, forcing them to think what if the same was done to their girlfriends, sisters or their mother and make them introspect on the same. By raising such a conflict in front them we are making the issue personal to them and thus making them act on such actions.

This kind of cultural shift demands everyone rises to the occasion to create a new normal where girls and women and all people are treated with dignity and respect. Because the truth is that the men are not simply the problem, they’re also the cure.